Ah, Quito – one of the most dangerous cities in Latin America that we all must stop off at at least once. Almost every backpacker rates this city as the most likely one to be robbed in, beaten up in, or kidnapped in. Express kidnappings in taxis are commonplace – they are not rare, but a given – and as a result, everything from local restaurants to backpacker hostels, to Subway and beyond display signs reading “CAUTION: ASK THE MANAGER TO CALL A TAXI FOR YOU TO GET HOME SAFELY”. Yes, even the sandwich artist is concerned for you, and the armed security guard standing next to him. Who knew going out for a sandwich could be so dangerous?

Quito is actually a well-developed city which has perfect roads, is rubbish-free, and has friendly locals. Ecuadorians are the best, and always greet you with a smile and some banter. At night time, apparently not even locals like to stay out for long in Quito, as the city becomes quite shady. Drug dealers stroll past you whispering “Coca, marijuana?” and taxis are known to stop in predetermined locations, where their friends jump inside, beat you up, hold guns or knives to you and force you to empty your bank account at a local ATM. We’ve all heard about these express kidnappings in Latin America, but apparently it’s so common in Quito that it’s a reasonable expectation as a traveller, in the event you aren’t scrupulous with your choice of taxi. 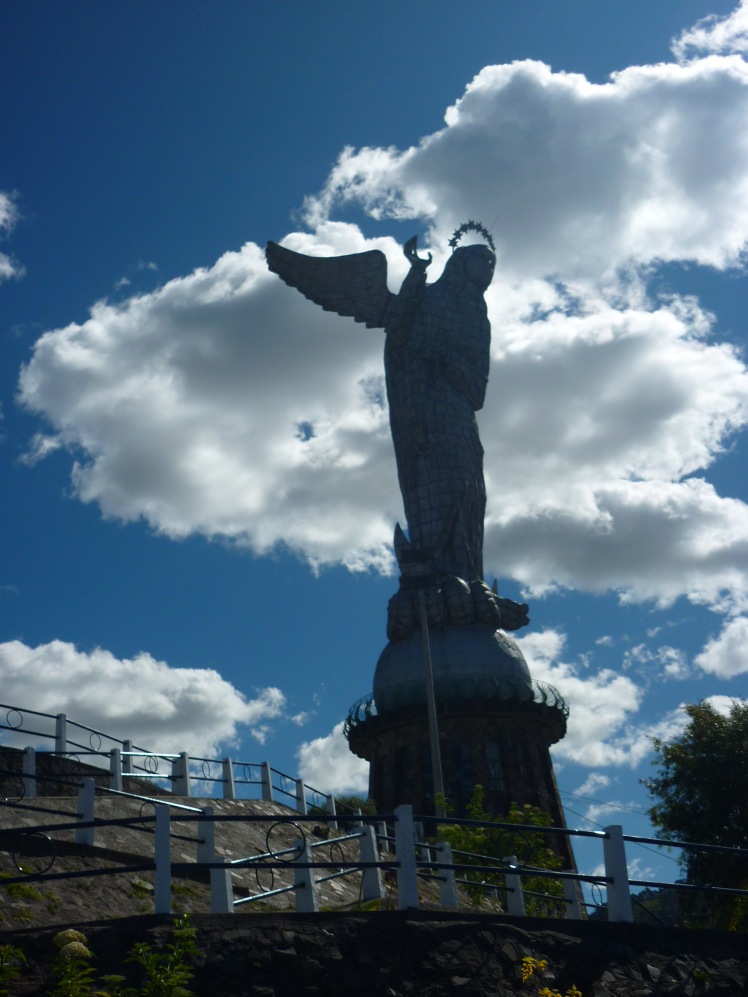 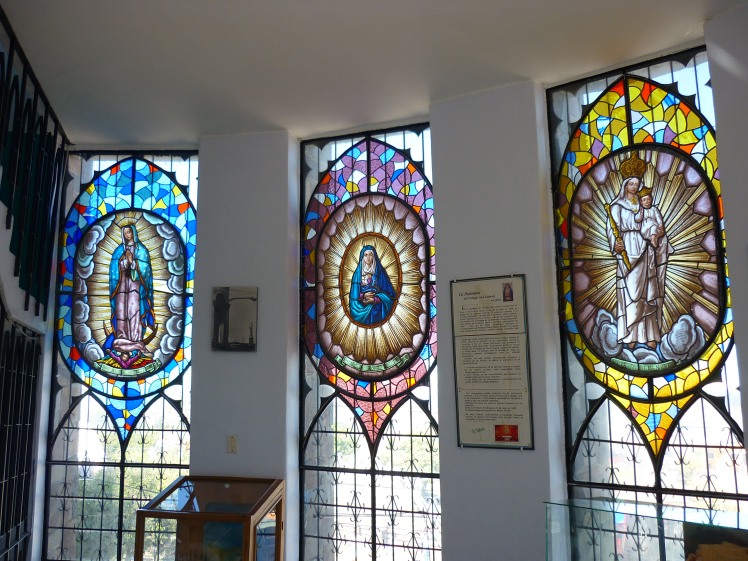 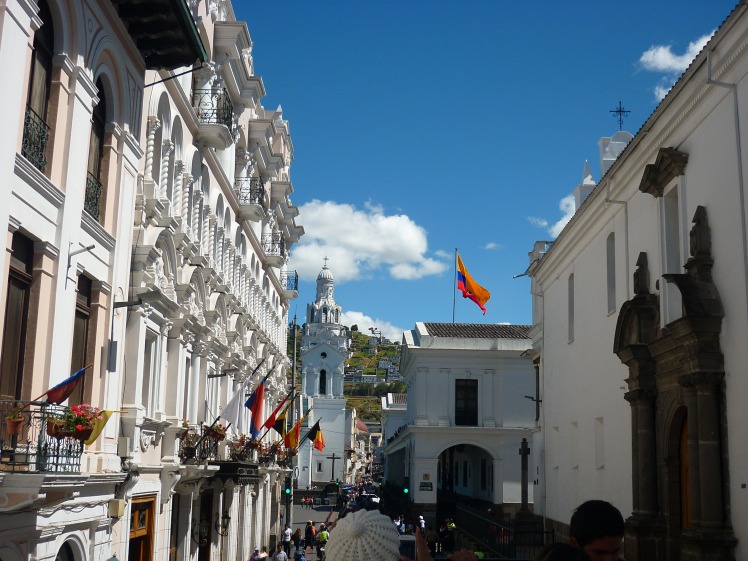 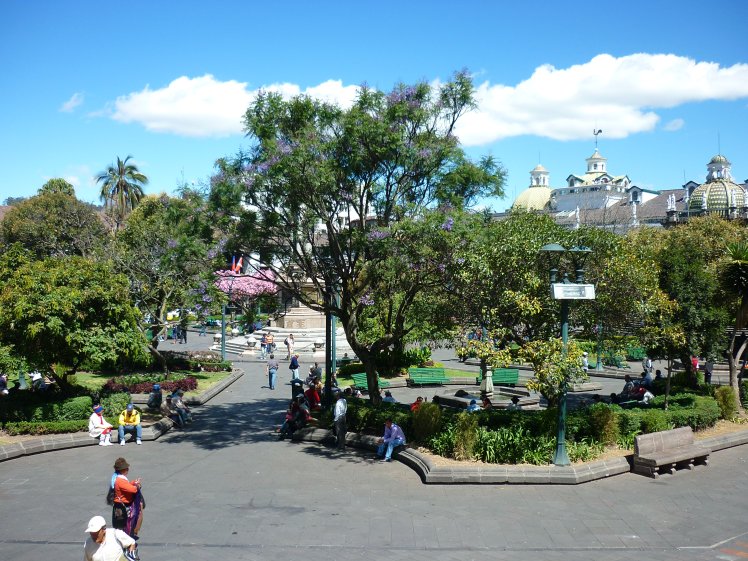 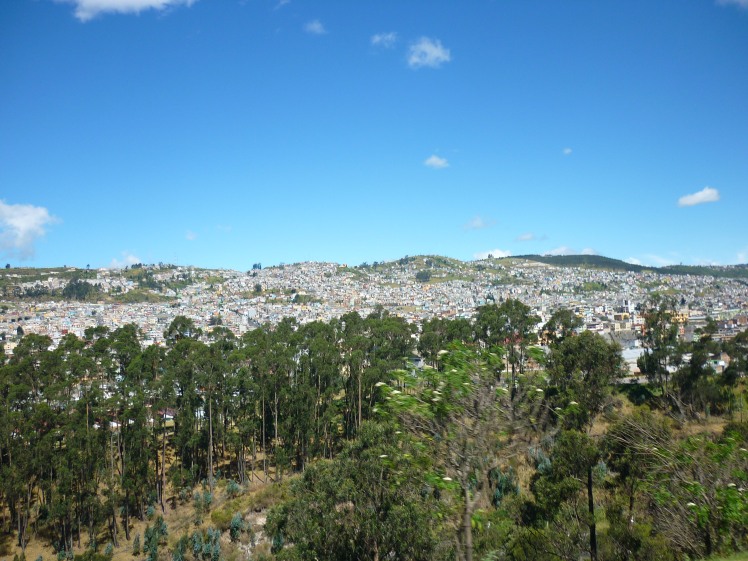 Quito loves its pubs and bars, and has great Ecuadorian and American food available throughout the city. After a bit of a lacklustre culinary experience in Brazil, it was exciting to arrive in a country which has a passion for delicious food. Plaza Foch is the main square you’ll want to stay near, and you’ll want to stay close to avoid having to take cabs late at night (even though they’re cheap).

One of the most interesting experiences this trip has been immersing ourselves into the cultures and ways of life in Latin American countries that don’t have good relations with the US. What do I mean by that? Well, if you listened to George Bush in the past (not that many did), you’d be afraid to go south of the border. US relations in most of these countries are strained, and after a fair few public blunders in recent decades (as well as the release of WikiLeaks), it’s logical to say that there are two sides to every story. Don’t let one party’s side dictate your opinion about a country.

This isn’t a blog for politics though, and politics has never affected anybody’s propensity to travel (unless you’re an American, in which case your government – not Castro’s – has banned you from travelling to Cuba). Point is, if you have a curiosity about somewhere, go there. Don’t read the hyped up stories on the Internet about everything second and third world being a hellish pit of pending regrets. It’s not.

While a place like Quito has a reputation by night, it’s more than accommodating, friendly and filled with fantastic cultural experiences by day. Most backpackers agree that if you only have one country to visit in South America, make it Ecuador: It has the Amazon jungle, amazing mountain regions, Galapagos Islands and charming cities.

As they say, “All you need is Ecuador!”

6 thoughts on “All You Need Is Ecuador: Quito!”