Cuba was a once-in-a-lifetime experience. People overuse that phrase but given that Castro is near death, sooner or later the Caribbean nation will open its shores to commercial tourism and what has been trapped in time, will be fast forwarded to the present. Go while you still can. While it’s still on lockdown, and while you can still experience a type of society that your grandparents once spoke of.

Our next destination was Cuba’s best friend – Mexico. Castro had sailed from here many decades ago to overthrow the US-backed genocidal Batista government, and from what we had heard, it was dangerous in some areas and wild – in a good way – in others. We flew into Cancun and immediately caught the bus toward Tulum – the supposedly rustic jewel in Mexico’s thorny crown. Excited thoughts about sky-blue, crystal-clear oceans and vibrantly-colored fish swarming amongst sea turtles were quickly extinguished when the bus driver decided to put on a film about shark attacks. The optimist in me reasoned that the South African-set film was irrelevant to Mexico, regardless of their giant tuna fishing industry, so I watched Halle Berry make poor decision after poor decision with indifference.

Our hostel reminded us of the type of hostels you see in the Greek islands: big, white, minimalist and with moderately-functioning air conditioning. We had a communal pool, a bookshelf at reception, and a few large lizards to keep us company. Next door to us was a small, roadside shack serving up $1 fish tacos and a Mexican drink that was delicious, and whose name I’ll never know. Food in Mexico is cheap. It’s delicious. And it’s a lot more healthy than the Tex-Mex that has swept the planet. We wandered around the streets and came across a bar with the Mayan Galactic Butterfly symbol that I had dangling around my neck, and that featured at the beginning of my first travel novel, VAGABOND. We had plans to visit but never quite made it: Between long days at the beach, Mexican beers and satiating our Argentinian-born fetish for steak, our days mostly ended in food comas. At least when we weren’t exploring Mayan ruins or the underground river systems running through caves (known as cenotes).

Tulum is a relaxed Mexican village that runs at a decrepit pace compared to the extremely commercialized Playa Del Carmen. This suited us well, since we preferred the more local vibe which gave an authentic impression of everyday Mexican life. We hired bikes for our time there, and rode them every day down to the beaches and around the small town. Bikes are cheap, and definitely the best way to get around and see things you’d otherwise miss on a bus or in a cab. The main reason people come to Tulum is for the Chichen Itza ruins. These are ancient Mayan ruins with a real wow-factor. Not many people hang around for too long beyond that, but it’s highly recommended you do if you want cleaner, less-populated beaches and a cheaper location to live up your Mexican fantasies. I say cheaper, which should really read “accurate” or “fair,” since the expensiveness of Playa Del Carmen and Cancun is not a reflection of Mexico’s cost of living, but of the hotel conglomerate and package tourists who drive up prices to a completely unnecessary level. If I were in Switzerland, then paying $30 for three tacos may not bother me, but when they’re $1 down in Tulum and actually taste better, well, nobody likes being stooged.

Chichen Itza ruins can’t really be described in words, so I’ll just post the photos below. All you need to know before undertaking your own research is that they are some of the best-preserved Mayan ruins in Latin America, and house a few engineering, sonic secrets that were used by rulers to exert power and influence over the people (“clap” when you’re facing them, and have a friend stand to their side a few metres away, and you’ll know what I’m talking about). 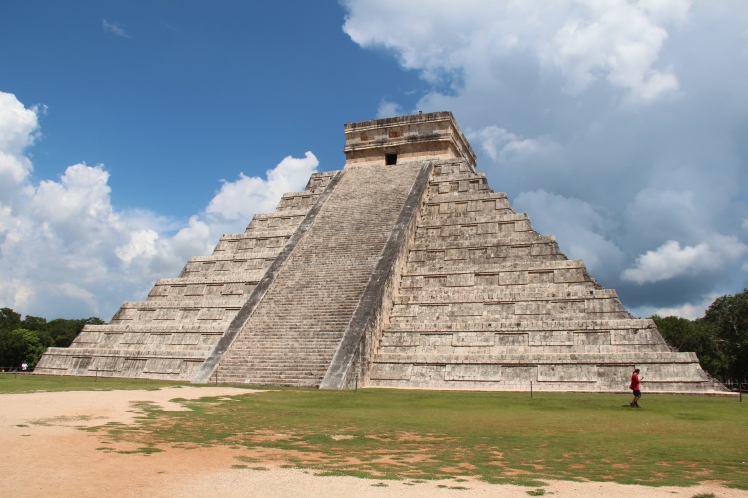 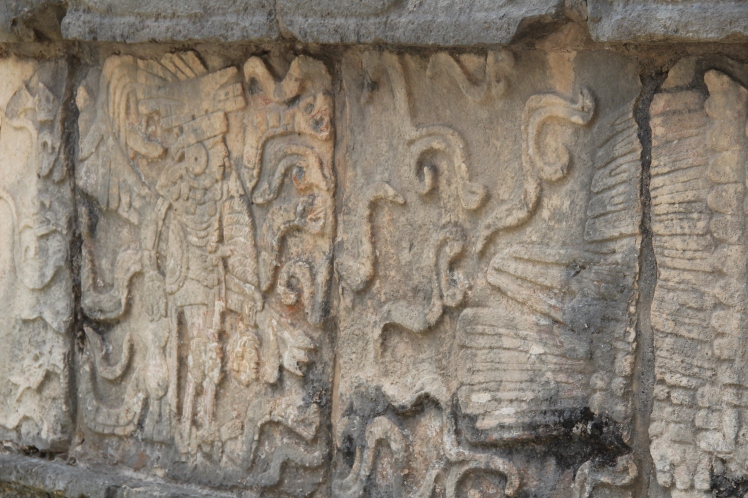 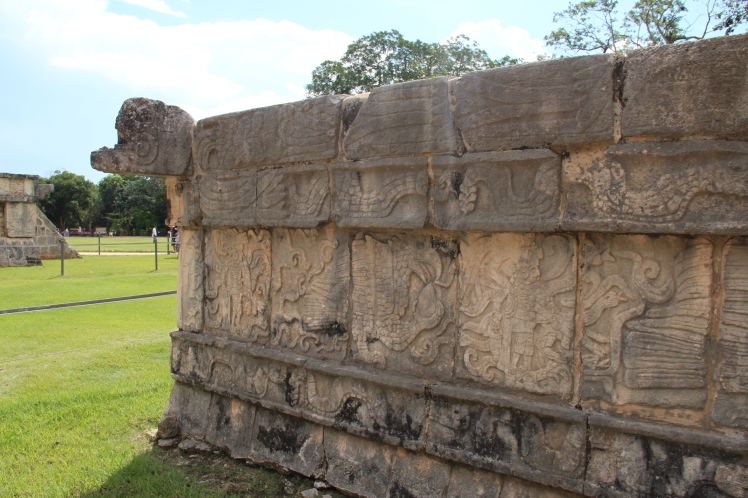 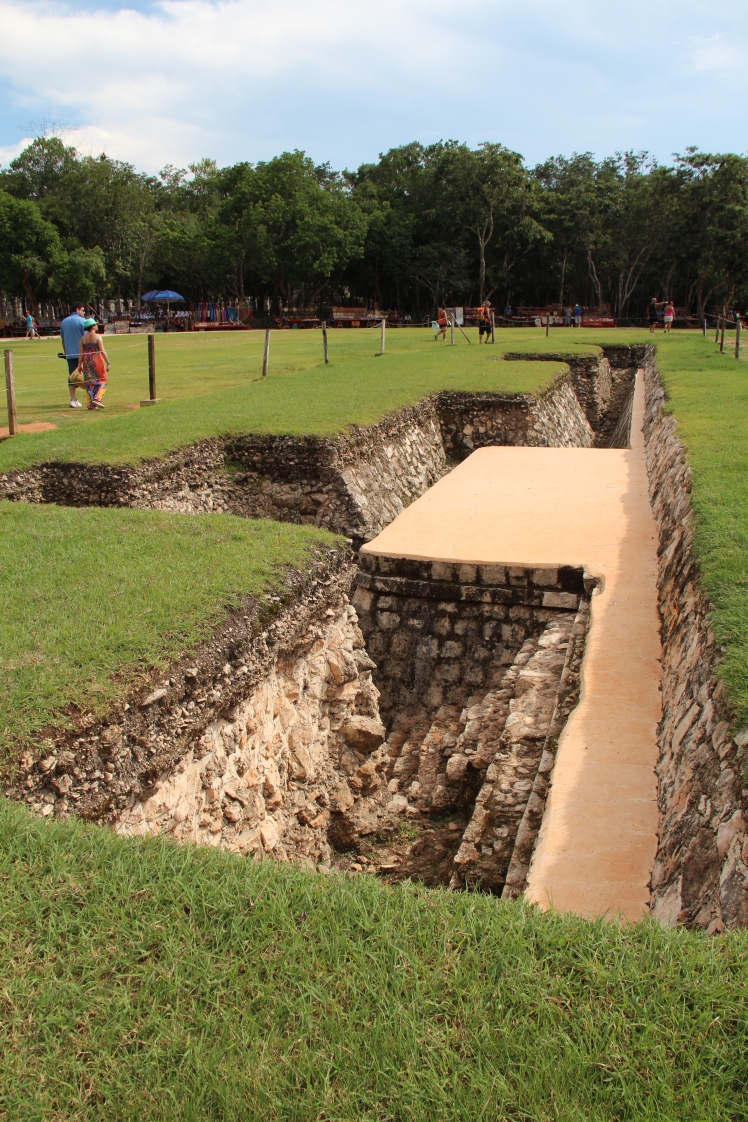 Tulum isn’t just a great place for Mayan ruins and Caribbean beaches, though. It’s also home to numerous underwater river systems that snake their way through caves, called cenotes. This became a new fascination of mine, but largely the only good ones in the world are found in Mexico, so if you want to experience this natural wonder, which has usually been exposed thanks to a giant sinkhole in the ground, then you’ll have to get over there. As you might imagine, underwater caves make for a great diving and snorkeling experience. A fair few divers get lost and die in them, since they’re risking swimming through an underwater, pitch black maze with a flashlight, and this is no more evidenced than in this famous cenote below: 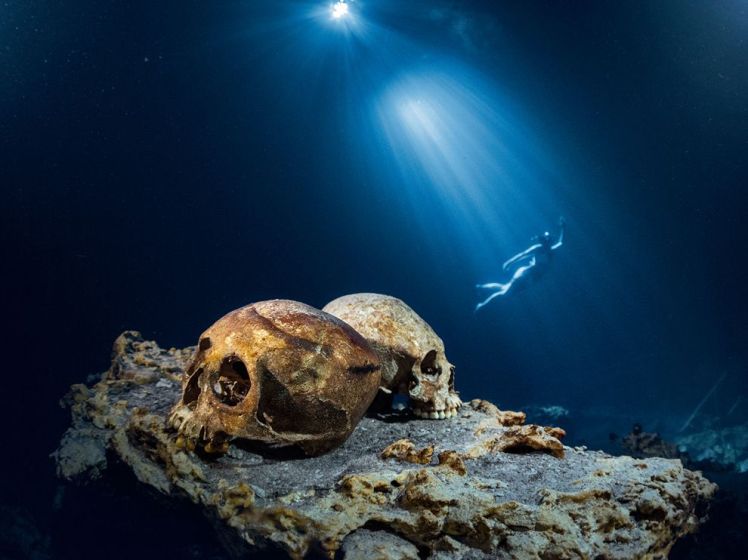 Suffice to say, Mexicans want you to be a very experienced diver. We’re told it’s nothing like diving in the ocean, and in order to get over the psychological component that comes with underwater cave diving, you should be gradually trained with a certified dive instructor. We visited a few different cenotes during our time in Tulum and loved every second of it. At the bottom of sinkholes, deep underground, were blue waters filled with turtles and black catfish, protruding stalactites from the rock ceiling stabbing deep into the abyss, and countless caves that presumably led to some foreign underwater utopia. Probably filled with treasure. Definitely filled with more dead divers. Bright orange strings could be observed from various cave entrances but they soon disappeared into the dark recesses of wherever these caves led. The water was cool, bordering on cold, but certainly refreshing from the warmer Caribbean waters under an even hotter Mexican sun. 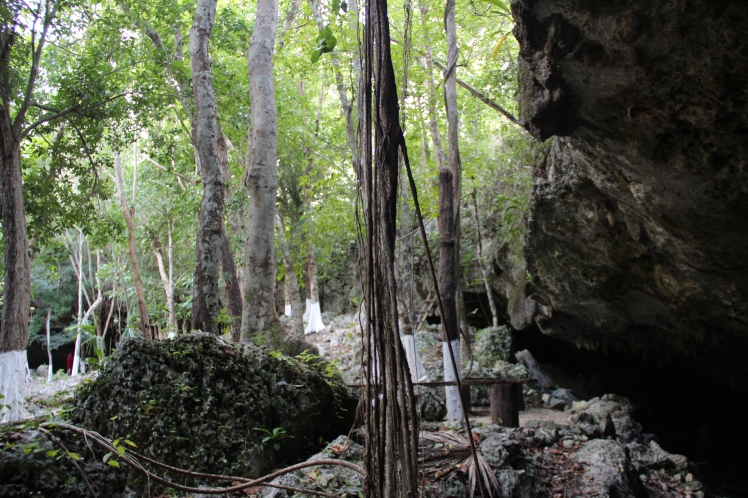 The cenotes were a definite highlight of our time in not only Tulum, but Mexico as a whole. I’ll even go further than that and say they were a top ten experience of Latin America. Tulum, for us, retained that rustic, weathered charm that is so prevalent in South America, and delivered environmental eye-candy around every corner.

Next, we decided to visit Playa Del Carmen, since Cancun was filled with nothing but resorts and if we were going to leave Mexico, we wanted to leave Mexico with a Mexican experience.

At least that’s what we thought at the time….