La Boca, Argentina, brings up many splendid visions that are as romantic as they are tough.

This dangerous barrio is located near Buenos Aires’s old port, and retains a strong Italian influence from the days of its earliest settlers. The best way, and only sensible way, to experience the hardcore area is by radio taxi or a tourist bus. Hostel owners and locals alike are quick to let you know how dangerous it can be, both day and night, and when you begin travelling through the ghetto of dilapidated buildings, eye-catching street art, colourful tin apartments, and shady characters binge drinking on what seems like every block, you get the impression of faded grandeur.

Most people who prefer not getting robbed or shot, will make a beeline for the famous Caminito – several colourful streets with street artists, street tango, eateries, and the occasional Maradona impersonator. Before we arrived at this ghetto fabulous locale, we passed leafy streets, the world renowned Boca Juniors football stadium (retro and proud, and for blocks leading up, La Boca’s fishing reel for hardcore football fans), as well as half a dozen street parties that were spilling out of dirty roller door garages, and onto the road. Road side barbeques, lots of beer, and football chants welcomed our bus. A few of the girls had kisses blown to them. Other men screamed out at us. What we saw was intimidating, and it doesn’t take a rocket scientist to figure out that La Boca isn’t a neighbourhood you just walk into. 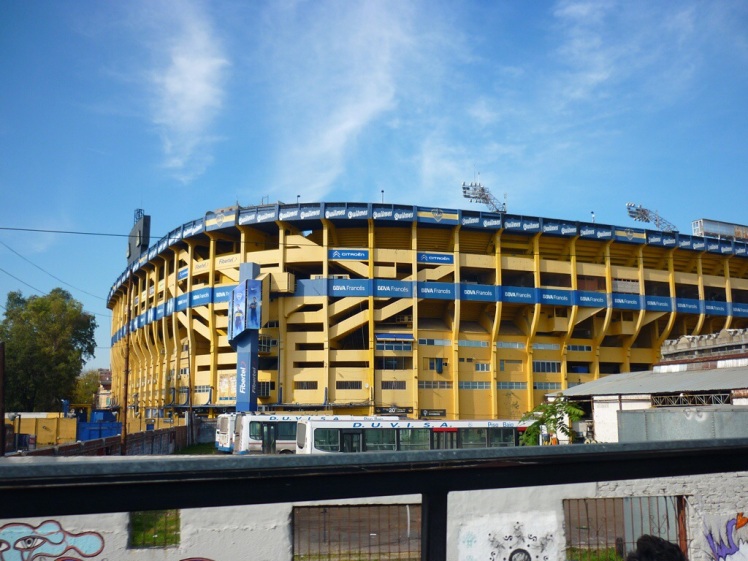 That aside though, you appreciate how the barrio has made something out of nothing. It’s humbling to have the opportunity, albeit voyeuristically, to see how the other side of Argentina lives. Not many cities, aside from Rio, offer you the chance to make inroads into such a dangerous neighbourhood, and feed money into their micro economy. 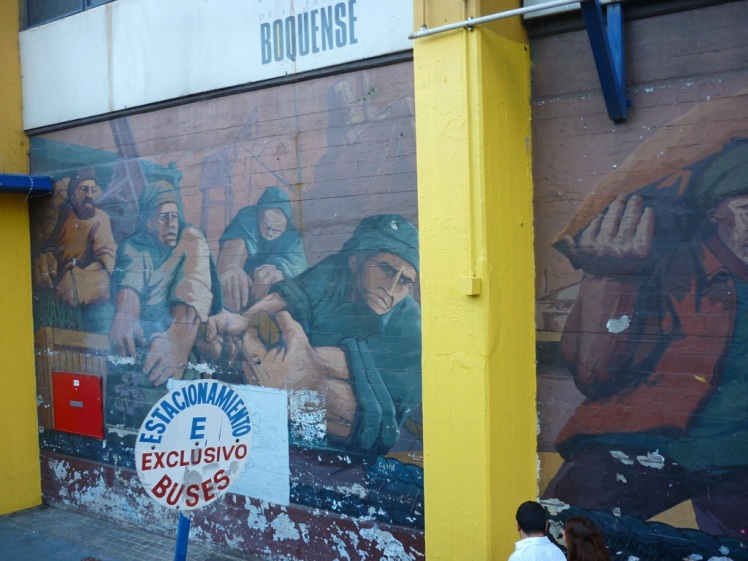 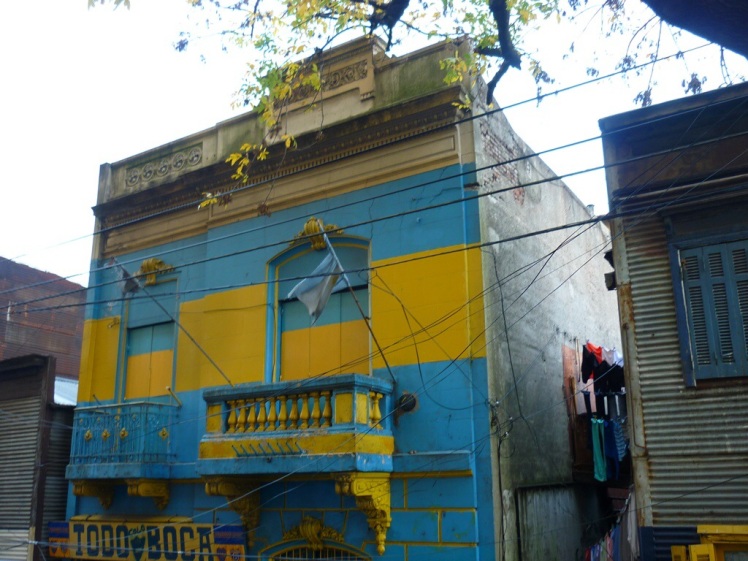 Stick to the three streets cutting through Caminito – the police presence is heavy. Don’t go here unless you can get a radio taxi home. The fake taxis in Buenos Aires “know that they won’t see you again, and that you will never find them,” to quote our hostel owner. People get robbed and worse. Keep your wits about you as you would anywhere, and you’ll enjoy La Boca and especially Caminito – a vibrant barrio built by Italian migrants, full of street culture and an edgy atmosphere.

Note: Our bus decided to stop running, so as luck would have it, we got stuck here at night. Luckily, a couple from Mendoza named Rodrigo and Sally offered to take us in a taxi. The taxi never came, so then we took the bus. Rodrigo paid for our bus fare and refused our money. They then skipped their stop at Recoleta, and got off with us at Palermo. There was a huge protest in the streets, so the bus couldn’t make its way through to our stop, so they walked us seven blocks to Plaza Serrano. It was his birthday too.

They did this all totally unexpectedly, and out of the goodness of their hearts. Where ever they are, we wish them the best! Thanks for the good conversation about Australia, rugby, football, and uni! 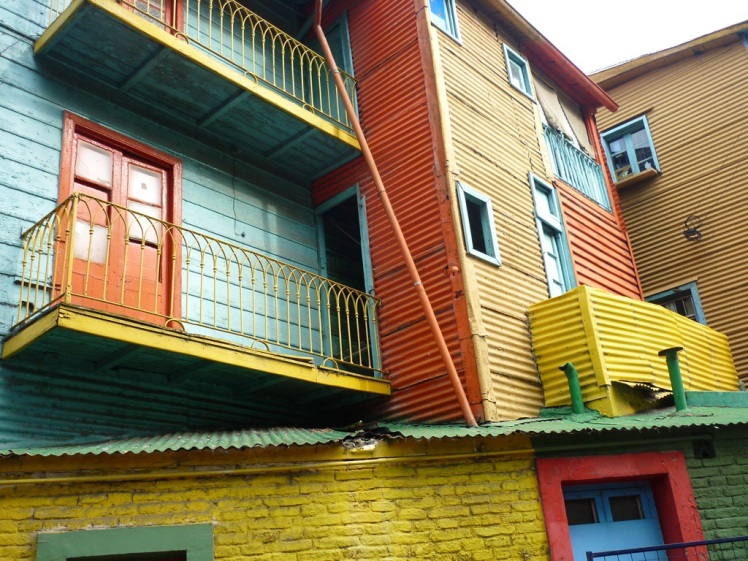 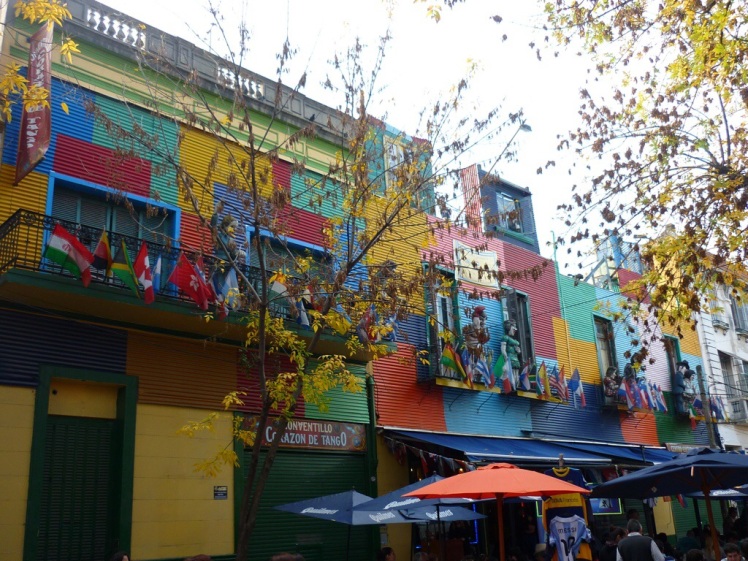