We’ve arrived in Mendoza, Argentina via the bus from Santiago, Chile. The atmosphere is relaxed in this city, and although most people don’t go out for drinks or dinner until closer to midnight, there is still an ambiance around town that makes the mornings, afternoons, and nights fun.

The leafy streets, art on the walls, and small bars line the streets of Mendoza. Parillas are the main drawcard of this Argentinian city, while further out, it is the famous vineyards that steal the show. From what we can see, and from the people we have met and spoken to, Mendoza is mainly a stop off for those wishing to explore the many wineries in the countryside. The city has something for everyone, and certainly isn’t lacking in recreational variety: From horse riding up mountains to white water rafting, mountaineering up the Andes to catching your favorite sports at Believe Irish Pub, Mendoza is a city that you could comfortably spend weeks in.

The city has several spacious parks which house running tracks, flower gardens, and rivers. Parque San Martin, Plaza Italia, and Plaza Espana were the most enjoyable for us, especially Espana: The mosaic tiles on the footpath, and the artwork on the main wall depicting painted scenes from Mendoza’s history, had a distinct Barcelona vibe about them. For those who haven’t visited Barcelona before (the best city in the world), that means color, vibrance, and a festive aura!

Above all else, Mendoza equals wine, so to come here and not do a winery tour would be criminal. Sam isn’t fond of red wine, but she slowly started to enjoy it…I think. We visited four wineries with Trout and Wine tours: two modern wineries, and two traditional. All were eye-opening lessons for us, since while we enjoyed wine, we didn’t know much about the technical side of wine production. We were taken out through the vineyards to eat some of the grapes that would eventually end up in wine bottles, exported around the world. They were extremely sweet, much sweeter than the table variety people buy at home.

We learned how to identify the characteristics of a wine through their odour, color, and taste, and also the modern and traditional methods for storing and ageing wine. Our guide, Andrea, was super nice and gave us proper insight into Argentinian culture – not just wine. I asked the obligatory “Messi or Maradona?” question, which dovetailed into a discussion about Carlos Tevez, the upcoming Brazil World Cup, and our driver’s assessment of what defines a “complete footballer.” His name was Tito, and he drove us around from 8.45am until 5pm. We were the only ones on the tour, so we were able to learn more about Argentina from Andrea, who recommended us a book called “The Open Veins Of Latin America.” This was gifted to President Obama by Venezuelan President Hugo Chavez in 2009. It discusses the history of Latin America, the economic reasons for its current condition, and argues how Western capitalism has ultimately hampered the economic and social development of the Americas.

Che Guevara also made the conversation (we are in Argentina, after all), and it was interesting to learn that his name and reputation is as divisive here as it is elsewhere. The view on Che seems to be consistent here as it is elsewhere in the world: He was a young adventurer with a heart of good intent, who treated society’s outcasts (such as lepers and the poor), who witnessed the harsh tragedy and the effects of poverty as he backpacked around Latin America. This made him sad and angry, and so he fought for social equality and justice in his younger years. This eventually led to more brutal actions, which is where his image is either rejoiced or takes a beating. Some people argue he was barbaric and sentenced people to prison or death quickly. Others argue that in war, everybody kills everybody, so there’s no good guys or bad guys – that arguing he killed people, as other countries had and continue to do, is a moot point. It will be interesting to see how he is viewed when we reach Cuba in August. We have heard that school children pray to him each morning, and that he has saint-like status.

The day after our winery tour in Mendoza, we went horse riding up into the mountains. Neither of us had ridden a horse before, so the first couple of minutes felt dicey. We went right into the mountains, up steep hills and down even steeper slopes. Once again we were by ourselves, with only the guide to navigate us. He took us on a long ride through the countryside, which looked like the setting of a Hollywood Western film – it was a sight we had never seen before, and something we won’t forget any time soon. Our guide had us pick different flowers and leaves along the way, and explained to us what they were (pepper, lavender, and mint), and also pointed out what not to touch (red flowers which were actually parasites, latched onto a plant symbiotically).

I rode the “spicy” horse, and Sam had a beautiful big black one. This was originally my horse, but it didn’t budge and wanted to just stand in the middle of nowhere while I tried endlessly to get him to move. We each rotated with this horse, and Sam, in the end, ended up being his favorite passenger. We started trotting, and then galloping quickly, which we learned afterward would have made the owner angry, as it’s dangerous to do when you have never ridden a horse before and have no idea what you are doing. I genuinely thought I was going to get tossed off down a valley, but it all worked out in the end.

We arrived for dinner in a stable, where we were served up a traditional, home cooked Argentinian meal of steak, potatos, roasted eggplant, tomatoes, bread, and red wine. It was delicious. It felt great to have a home cooked meal instead of a restaurant meal. We learned that in five weeks, our guide will be moving to France with his wife. Travel really knows no cultural barriers, and having travelled a fair bit ourselves, the topic has proved to be the best way to start a conversation with strangers. After dinner, we sat around an open fire while our guide played guitar and sung Spanish and Argentinian songs. He also threw in Bob Marley and Oasis’s “Wonderwall” for good measure. The latter was sung in a similar circumstance by a German backpacker named Julius in Airlie Beach, last October in Australia. It’s now stuck in my head as a travel song.

White water rafting is a popular past time in Mendoza too, as well as mountaineering to the top of the Andes (Aconcagua, 6,962 metres above sea level). We are saving both for Peru, since we’ve decided to do the extreme sports trail to Machu Picchu. This, amongst other things, involves off road mountain biking down mountains, valleys, and jungles, white water rafting through rainforests, sleeping deep in the jungle, and trekking the mountains until we reach the jackpot: Machu Picchu! Once we arrive here, we will continue the ascent to the peak of Mount Machu Picchu, which is double the height of the popular Huayna Picchu.

We are looking forward to getting to more rugged terrain. Something more rough and dirty than the places we have backpacked so far. Everybody we have met so far on this trip has said that Bolivia and Colombia are their favorite places, above Brazil and Argentina, so we are glad we made the right decisions months ago, and ensured that these two countries were slotted in decently with our itinerary. We will be in both for over two weeks each – possibly more in Colombia, depending on how frequent the dodgy boat ride from Cartagena to Panama is. The five day journey across the Caribbean is what we are most excited for: Passing through the San Blas islands, appreciating and learning about Kuna Indian culture, and arriving into Central America – where a new journey will begin. These boat rides aren’t what most people think of when someone says “boat ride.” They’re run mostly by local captains making the journey from South America to Central America, on small boats (certainly not cruise ships) which are loaded with backpackers looking to cross the Caribbean. It’s been reported that on occasion, these boats are secretly trafficking cocaine into Panama, where it will eventually hit the streets of the USA.

We aren’t particularly interested in landing in jail/being shot/getting kidnapped, so we’ve managed to track down a reputable hostel in Cartagena, who handpicks legitimate captains for the journey. A group of Australians that we met the other night are doing virtually the exact same journey as us, and at this point, it looks like we’ll have some company for this boat ride, since we will be in Colombia at the same time.

This is a longer post than usual, but tomorrow we will be flying to “the end of the world,” a.k.a Patagonia, and do not expect to have Internet access. I made a preview post of Patagonia which you can find by clicking here.

The weather this time of year is unpredictable, and at the moment there appears to be thunderstorms on the way. We will upload our own photos of the journey once we arrive in Buenos Aires, but in the meantime, we hope you enjoy the ones that other travellers have taken above.

We really think this is going to be the ultimate adventure. Hiking Monte Fitz Roy will be especially surreal! South America is such a wilderness destination, that you have no choice but to get your feet dirty and throw yourself right into it. Patagonia is going to be amazing! 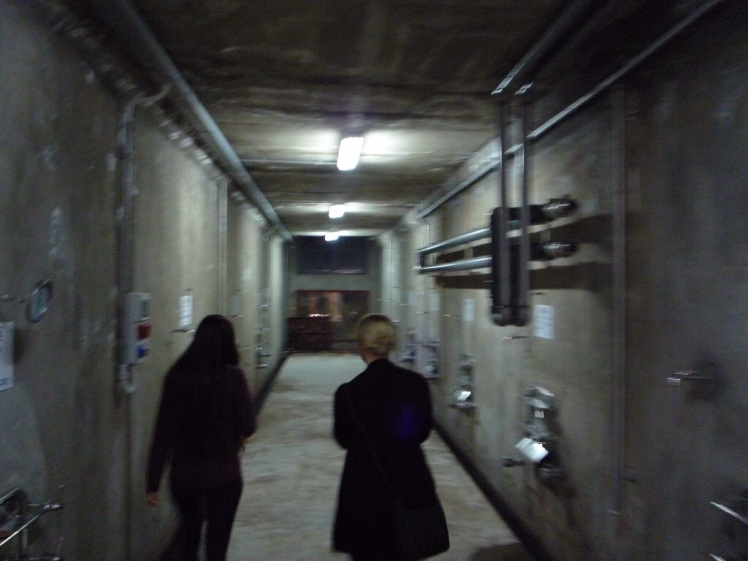 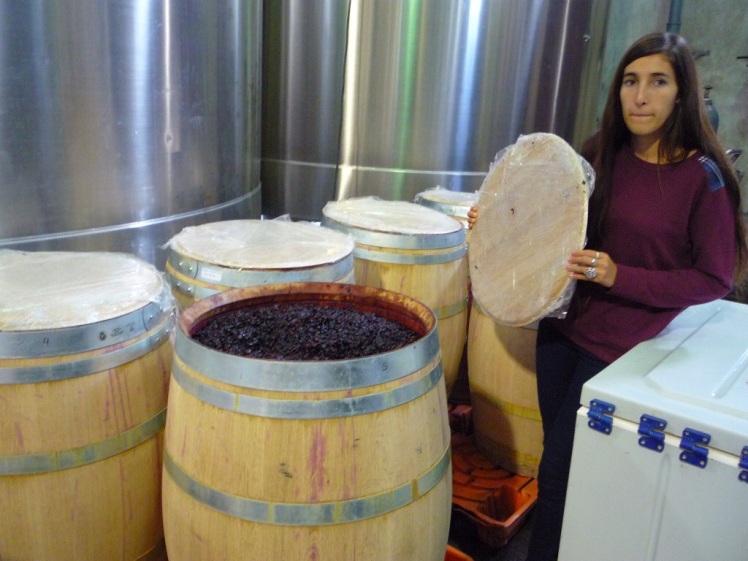 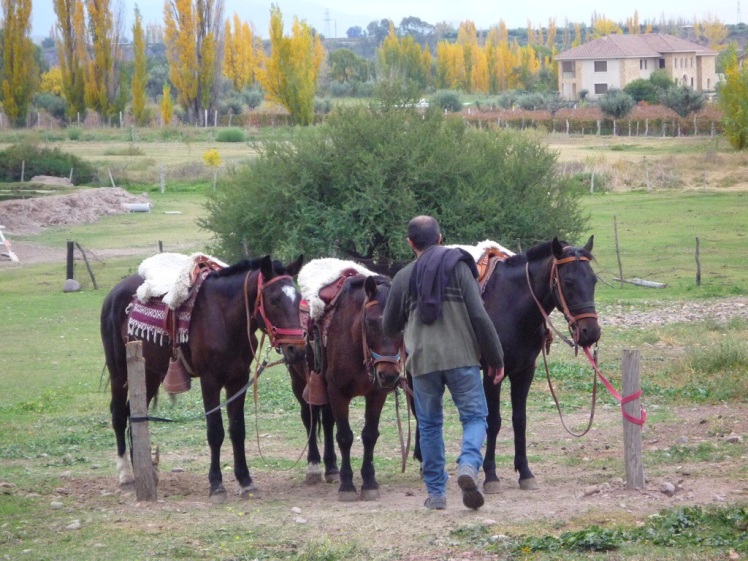