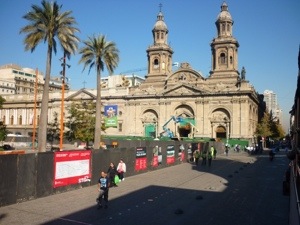 We don’t know what we were expecting when we arrived in Santiago airport, but a cosmopolitan, modern city filled with wide streets, Spanish colonial architecture, an endless array of designer stores and the finest fine dining going around, was not it.

Alas, mass media has pulled the wool over our eyes once again – there is much more to Chile than dry deserts and glaciers. This city easily outdoes a lot of European cities we have visited. The prices for eating out are on par with Melbourne (subtext: expensive). Accommodation is likely some of the most expensive in South America, alongside Buenos Aires, given the country is wealthy and has had a strong economic performance over the last 20 years.

We’re staying in the picturesque, bohemian neighboured of Bellavista (pronounced Beyahvista, since double L’s are spoken as a Y). There is a law university across from our hostel, so everyday we are in the midst of countless students, and consequently, are in the vicinity of cool, rustic bars and amazing, classy restaurants, which are situated in Patio Bellavista – an arcade of restaurants, bars, and stalls selling Chilean copper ornaments. The street art around the streets is actual art, not the scruffy graffiti that’s often seen in most cities. There are some spectacular pieces up the backstreets, as one walks toward San Cristobal.

We were excited to visit Valparaiso, but have since had to cancel as the country’s worst-ever bush fires have destroyed much of the port side city, leaving at last count, 12,500 people homeless, and at least 15 dead.
That’s now two earthquakes, two tsunamis, and a deadly bushfire in the space of two weeks for Chile. The president has declared it a disaster zone and a state of emergency, and right now, the entire city is under military rule.

We will get a bus down there for the day, but as much as we would love to stay, it wouldn’t feel right since there’s so much tragedy.

We’re off now to eat more empanadas and drink pisco sours (the strongest drink since Hungarian palinka). Santiago has really left us speechless. You would be hard pressed to find a city like this in Europe, let alone anywhere else. Oh I forgot to mention the most important part: Santiago is surrounded by the Andes! 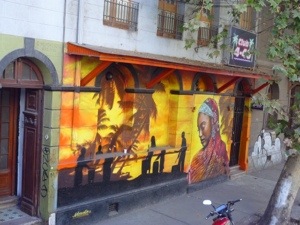 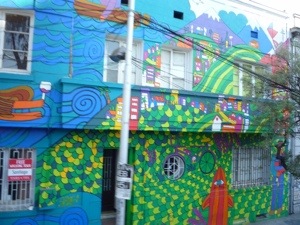 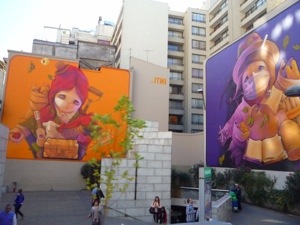 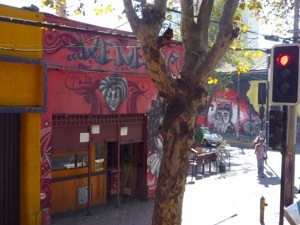 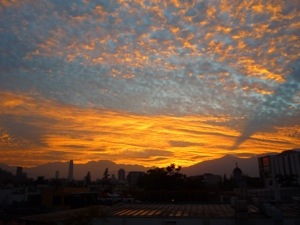